End of the Road

2015 was very strong for cinema. In a weaker year, many films could have easily made my top ten list (e.g. Straight Outta Compton, Trainwreck, Bridge of Spies, Mission Impossible: Rogue Nation, etc.) so you can imagine how difficult it was to narrow my favorites down to just ten. And yet, I’m proud of the list below. For some reason or another, these ten films left the biggest mark on me over the calendar year and resonated with me the strongest. So without further ado, here are my picks (in descending order) for best movies of the year:

10. What We Do in the Shadows – dir. Jermaine Clement and Taika Waititi 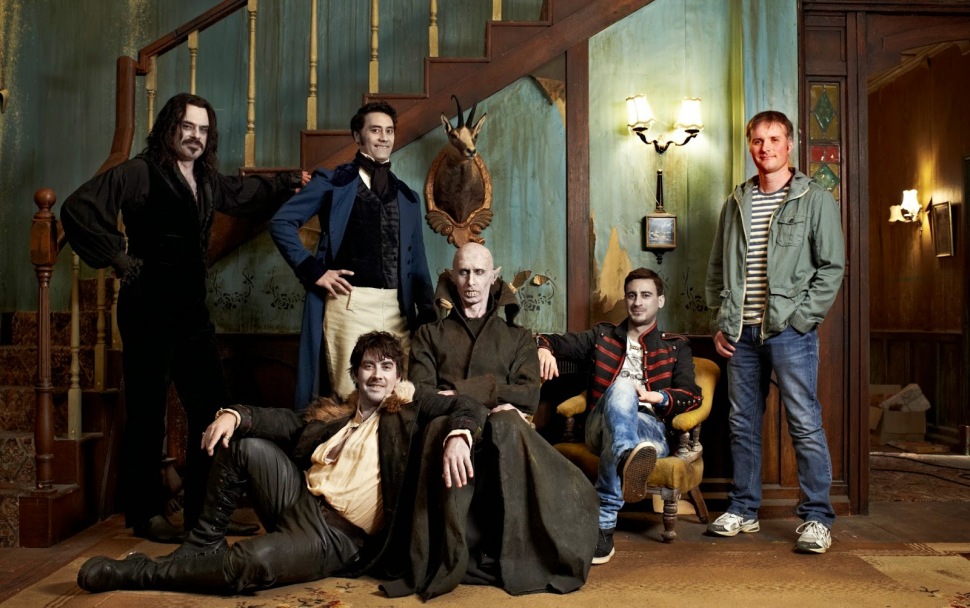 This vampire-comedy mockumentary takes the tired formula of vampire horror and re-imagines it as a Real World-esque TV show. The basic premise is this: four vampires share a flat in New Zealand and struggle to adapt to 21st century life. During the daylight hours they spend their time cleaning and delegating daily chores but when the sun sets, the fun begins. Easily the funniest film I’ve seen all year, What We Do in the Shadows shows that there’s still some fun to be had with vampires and werewolves. 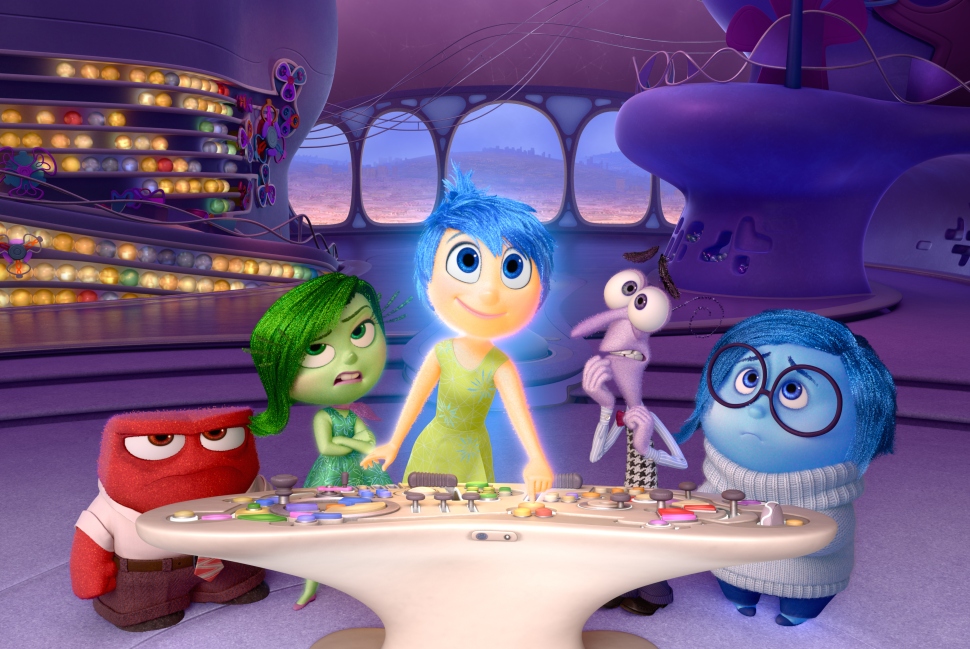 Pixar releases are always highly anticipated. Admittedly however, their past three efforts – Cars 2, Brave, and Monsters University – have been somewhat of a drop off from the quality we’re used to from the legendary studio. This put a lot of pressure on their 2015 flagship project Inside Out, so Pixar made sure to bring in Pete Docter (director of Monsters, Inc. and Up) to return them to former glory. And boy did that move pay off. Inside Out is arguably the most emotionally poignant film of 2015, and it does this by examining the feelings of an 11 year old girl. The genius of Inside Out is that there are complex themes to explore for both kids and adults, making it a worthy investment for all. Bravo Pixar, bravo. Sidenote: if your eyes stay dry, you have no soul.

What a year it was for Domhnall Gleeson and Alicia Vikander. They starred in four 2015 releases EACH. But the film that kicked off both of their stellar years was the heady sci-fi thriller Ex Machina. Sporting the best production design of any movie this year, Ex Machina is essentially a three-pronged character play. With remarkable turns from all three leads (there is no such thing as too much Oscar Isaac), Ex Machina delivers a simple yet clever take on the artificial intelligence question, namely, what does it mean to be human? 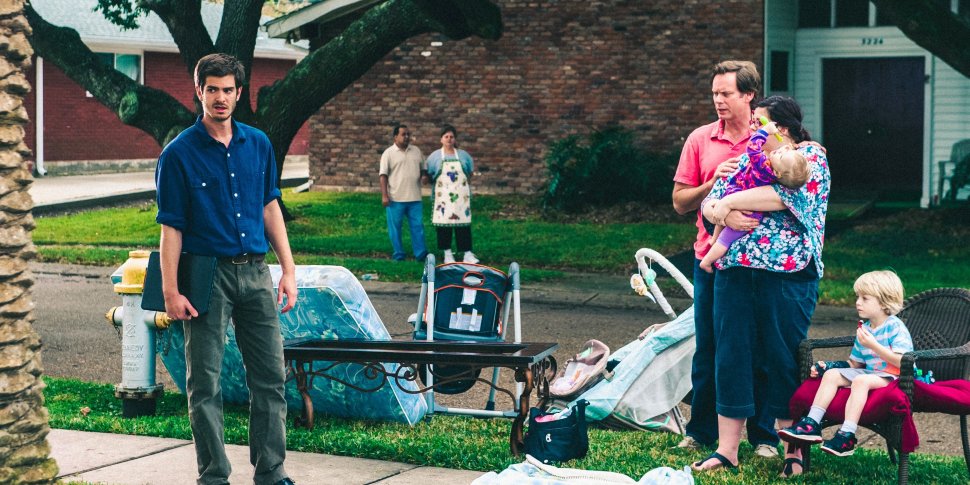 The financial crisis of 2007-08 had widespread global effects, the most immediate of them being people losing their homes right here in America. 99 Homes explores this topic more intimately through the tale of a young father (Andrew Garfield) trying desperately to save his childhood home from being foreclosed on by the bank. This desperation leads him on a collision course with the ruthless Realtor Rick Carver (Michael Shannon). Shannon delivers probably my favorite supporting part of the year and his presence is undeniably strong whenever he appears on-screen.

2015 Superlative: Best use of an e-cigarette

6. Me and Earl and the Dying Girl – dir. Alfonso Gomez-Rejon

If Tarantino ripped off the samurai and spaghetti western films of the ’60s and ’70s, then Me and Earl and the Dying Girl is the pastiche film for the Twitter age. Containing too many classic New Hollywood references to count, this unconventional buddy/romantic dramedy is a cinematic treat. Think 50/50 meets Be Kind Rewind. Newcomer director Alfonso Gomez-Rejon has a strong visual style and I’m exited to see what he chooses to work on next. In the meantime, Me and Earl… will keep me busy with many repeated viewings.

2015 Superlative: Best use of Werner Herzog 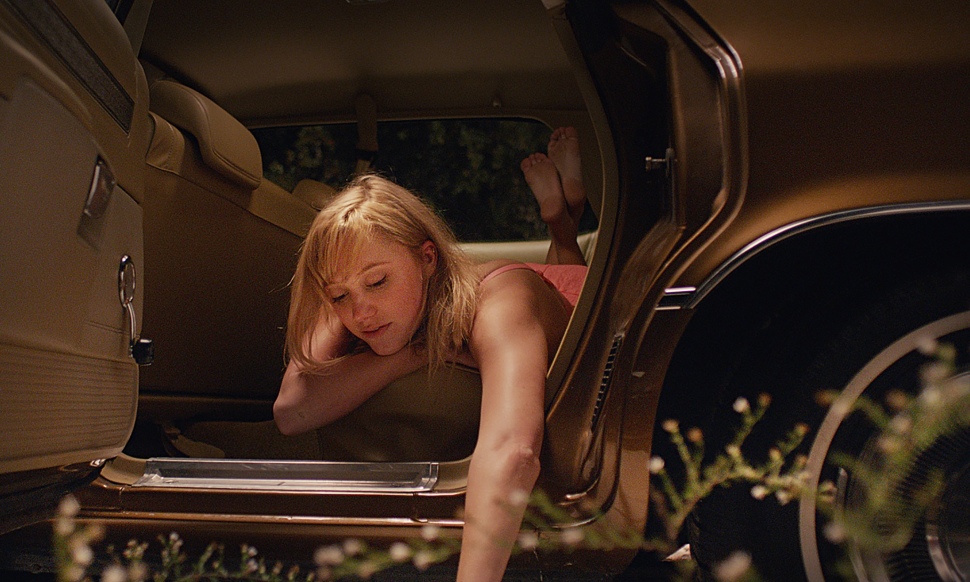 Horror is not a particularly favored genre of mine, which makes it all the more satisfying when it’s done right. I’m delighted to report that It Follows does horror really right. The most original premise of the year combined with one of the most striking scores of the year created an atmosphere of tension unlike any I’ve experienced in 2015. Perhaps it was not knowing anything about this movie before I went into the theater that made its impact that more forceful. Perhaps it being released so early in the year lowered my initial expectations for it. Or perhaps this is just a case of good storytelling. Whatever the case may be, I’m unlikely to forget It Follows any time soon.

2015 Superlative: Most inventive use of a swimming pool

If 99 Homes examined the financial collapse through the intimate and personal, The Big Short examines the crisis through the macro. Based on Michael Lewis’s best selling book, this overarching hyper-fueled polemic takes on the difficult challenge of making the world of banking and financial institutions exciting and entertaining. By taking boring business jargon and delivering it through the mouths of celebrity cameos and frequent breaking of the fourth wall, perennial funnyman Adam McKay (Anchorman, Talladega Nights, Step Brothers) has crafted a sharp and witty exploration of the institutions that collapsed the world economy…and the outsiders who predicted it.

I’ve documented my love for Spotlight before, so I won’t retread old ground. I will say that no movie this year has done so much with so little, cinematically speaking. This film is not showy whatsoever. There are no big performances, no flashy set pieces, and the camerawork is modest. It’s blue collar, it’s grounded, and nothing is superfluous. Reminiscent of solidly acted newspaper dramas of yesteryear, Spotlight works best when that light is focused on the facts of the case and the cast has room to shine. 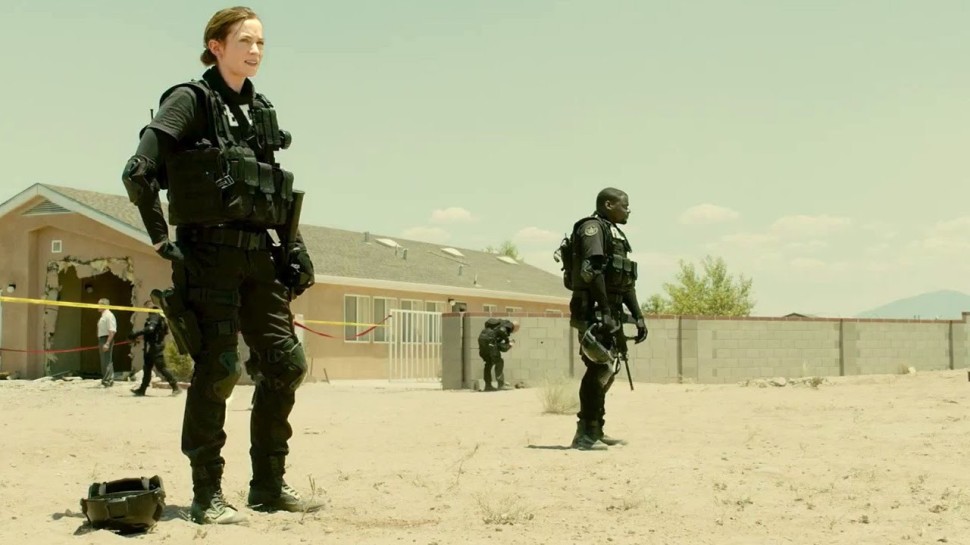 Sicario might prove tough for some. The violence is brutal, the morality is dark, and the tension is high. Balancing these points is the wonderful cast and sure-handed direction. Up there with Michael Shannon’s aforementioned performance, Benicio del Toro’s “Alejandro” is one of the brightest spots of 2015, ironically in one of the bleakest films. Emily Blunt as green FBI agent “Kate Macer” is also a sight to behold. Masterfully directed and gorgeously shot by my favorite working cinematographer in the business Roger Deakins, Sicario is the result of impeccably crafted filmmaking elevating a script to greater heights. Plain and simple, it’s one of the best looking films of the year (Deakins is practically painting with light in every scene). Villeneuve is also on top of his game right now, and his resume is quickly filling up with win after win. Sicario is a movie you’ll think about long after you see it. At one point Alejandro looks Kate straight in the eyes and says “Nothing will make sense to your American ears, and you will doubt everything that we do, but in the end you will understand.” Truer words have not been spoken.

Alas, we’ve reached number one. I’ll admit, this pick is not – very – original.  But what can I say? When a film separates itself so easily from the rest of the pack, it would be a crime to deny its level of greatness. Mad Max: Fury Road deserves all the praise and accolades it has received (and yet to receive). 30 years in the making, George Miller’s follow up to his original trilogy is not only the best film of the year, but one of the best action films of all time. The editing is snappy yet coherent, the music is pulsating, the camerawork is fantastic…Mad Max has it all. Its on-screen madness is downright poetic, and the whole thing can only be described as zen chaos. This is as pure a cinematic experience as one can get. If anyone needs a reminder of the power that movies can have, show them Mad Max: Fury Road.

Here are ten titles that just missed the cut. My best of the rest:

That’s a wrap for the year! What do you think of this list? What were your favorites of 2015? Leave a comment with your thoughts below.